2021 La Spinetta Il Rose Di Casanova Inspired by Provencal Rosés, the Rivettis decided to produce one rosé from their porfolio. The fascinating characteristics of Sangiovese and Prugnolo Gentile, permitted us to create a wine that shows great character, an intense aroma, and which is very pleasant to drink. It has a floral and fruity bouquet with hints of citrus and Mediterranean scrub. On the palate, it is wonderfully fresh and delicate with satisfying minerality and an all-embracing acidity.  Blend: 50% Sangiovese, 50% Prugnolo Gentile

Whether it’s playful and fun or savory and serious, most rosé today is not your grandmother’s White Zinfandel, though that category remains strong. Pink wine has recently become quite trendy, and this time around it’s commonly quite dry. Since the pigment in red wines comes from keeping fermenting juice in contact with the grape skins for an extended period, it follows that a pink wine can be made using just a brief period of skin contact—usually just a couple of days. The resulting color depends on grape variety and winemaking style, ranging from pale salmon to deep magenta.

One of the most iconic Italian regions for wine, scenery and history, Tuscany is the world’s most important outpost for the Sangiovese grape. Ranging in style from fruity and simple to complex and age-worthy, Sangiovese makes up a significant percentage of plantings here, with the white Trebbiano Toscano coming in second.

The Rivetti family story begins in the 1890s, when Giovanni Rivetti, left Piedmont for Argentina. Like many Italians then, he dreamed of returning a rich man, perhaps even one day able to make great wine in his homeland. He never did, though his son, Giuseppe “Pin” did. Pin married Lidia, bought vineyards and began to make wine. In 1977 the family took up residence at La Spinetta (top of the hill) in Castagnole Lanze. It was the heart of the Moscato d’Asti country, a rather light and simple dessert wine. But the Rivettis believed that Moscato had the potential for greatness and set out to prove it by making Moscato Bricco Quaglia and Biancospino. 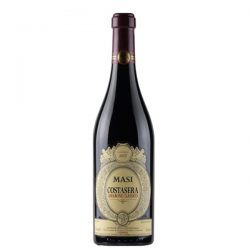 95 Points From James Suckling and Save 33%