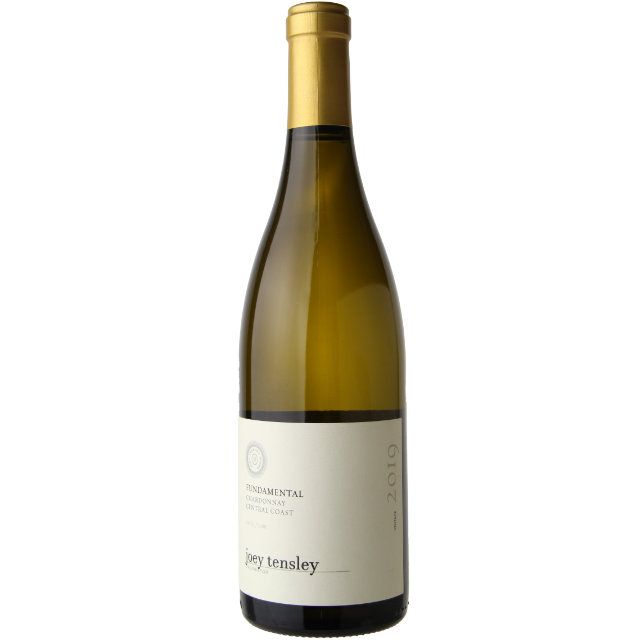 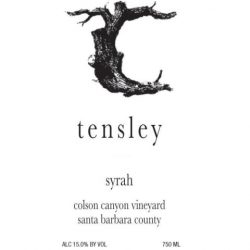 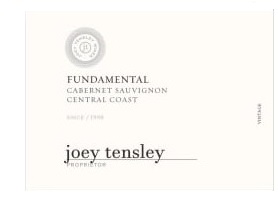 2019 Tensley Fundamental Chardonnay The climate and clay soils of Paso Robles bring amazing power, color, earth notes, black currants, bacon and dry, rich tannins to the table of this 2019 wine, while the Santa Barbara County fruit, having grown in a cooler climate with sandier soils, keeps the wine fresh and balanced, with pretty notes of plum and cherry. While the quality of this wine could hold its own in any price category, it’s sure to rival any Cabernet at this price point.

Joe Tensley has proven himself to be one of the greatest winemaker in the US today. The Tensley Colson Canyon Syrah is one of the greatest expressions of its kind, rivals the finest Syrah’s on the planet. He has received 99pts by Parker. His wines have been on Wine Spectator’s Top 100 and in 2008 was named “one of the rising superstars in California.” Though Tensley has grown in size, the philosophy has never changed – source the best fruit possible and let the vineyard speak for itself. In 2017 Joey launched “Fundamental Wines”. The name was chosen because he felt it perfectly reflected the wine’s philosophy – make fundamentally sound, straightforward wines that over-deliver for the price on every level. I just tasted the 2019 Tensley Fundamental Cabernet and wow does this wine at the price does this wine over deliver on every level. It offers tremendous quality for $16.99. Big, rich, juicy and opulent, this wine absolutely rocks for the money. Parker’s WA gave the wine for the price a monster 92pts which is unheard of and I would grab as much as I could before it sells out.

In 1998 Joey Tensley launched Tensley Wines with one hundred cases and one single goal – to start a well-priced, Syrah-driven brand that let the unique vineyards of Santa Barbara County speak for themselves.

Joey’s first experience with wine took place when he was just twelve-years-old and his soccer team toured a winery while taking part in a tournament in France. Joey vividly recalls the chill of the old caves and the aromas of wines fermenting in barrel. From that moment on he knew he wanted to be a winemaker. “Which pretty much made me the only kid in Bakersfield with that particular dream,” Joey says.

Ten years later, in 1993, Joey got his start in the wine business working as a “cellar rat” for Fess Parker Winery in Santa Barbara County. After only three years he became the assistant winemaker at Babcock Vineyards. While there Joey came to appreciate the importance of the vineyard and the grower. He also came to appreciate the uniqueness of Santa Barbara County as a growing region. “We’re one of the only places in the world with a mountain range that runs east-west. That gives us many different, unique microclimates, so a Syrah grown in one place is so different from a Syrah grown in another. It’s an exciting place to make wine.”

This is the most under-valued top quality red wine made in California today. Joe Tensley has received more 94-99 pt scores for his Syrah’s than any other winemaker.  His signature vineyard and signature wine is the Colson Canyon Syrah. Today he owns this vineyard treasure and him managing the vineyard and winemaking process, the quality of this wine has got even better. The 2020 Tensley Colson Canyon Syrah got 96pts by Jeb Dunnuck and refers to the wine as “magical”. Other scores are too follow. This wines rivals the quality of other greats Syrah’s like Saxum, Sine Qua Non and Alban but can be had at a fraction of the price, others selling for upwards of $150 a bottle.  If this wine was a Cult Napa Cab it would be over $200 a bottle. The quality of the wine is impeccable and to think it’s under $40 a bottle is hard to believe with California red wine prices. This is truly a master winemaker that makes wine from one of the greatest single vineyards in California. The wine is a big rich red with huge concentration, oodles of black and red berry fruit, toasted vanilla, a myriad of spices and smoke. Lovers of big reds this will blow you away at the price.