Grape Varieties: Bual Vinification:Cossart Gordon 10 yr Bual underwent fermentation off the skins with natural yeast at between 18°C – 21°C in temperature controlled stainless steel tanks. After approximately 3 days, fortification with grape brandy takes place, arresting fermentation at the desired degree of sweetness. Maturation: Cossart Gordon 10 year old Bual was aged in American oak casks in the traditional ‘Canteiro’ system. This comprises of the gentle heating of the wine in the lofts of the lodges in Funchal. Over the years the wine is transferred from the top floors to the middle floors and eventually to the ground floor where it is cooler. After this gradual ‘estufagem’ the wine underwent racking and fining before the blend was assembled and bottled. Specification19% ABV Residual Sugar: 87 g/l :Cossart Gordon 10 year old Bual is fined and does not require decanting. It is excellent as an after dinner drink and also very good with fruit, milk chocolate, cakes and hard cheeses. It has been bottled when ready for drinking and will keep for several months after opening. Tasting Notes: Clear, amber color with tinges of gold and very strong legs; a bouquet of prunes, almond, vanilla, wood and toffee with a smooth, medium-sweet finish and an excellent balance between the fruit and acidity.

The history of Portuguese wine goes back some 4,000 years to the ancient Phoenicians, seafarers who established colonies across the Mediterranean and planted vines along the way. Yet the world is only now discovering the wines of Portugal, which have been through revolutionary change in just the past three decades. The best Portuguese wines are emerging in world markets as carefully crafted and delicious wines, typically at tremendous value for the quality.

Portugal was long ago a leader in exports, sending its wine throughout Europe as early as Renaissance times. Wine merchants created Portuguese Port wine in the Douro Valley in the 1600s by adding brandy to table wine to keep it from spoiling on hot, bumpy trips around Europe. This Portuguese fortified wine became known and imitated all over the world, eventually overshadowing all other wines from Portugal. 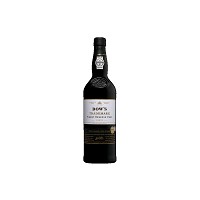