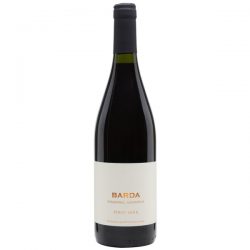 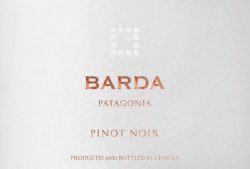 A perfect pairing for fish, salads and omellettes.

Bodega Chacra is located in the Rio Negro Valley of northern Patagonia, 620 miles south of Buenos Aires, 1,240 miles north of Tierra del Fuego, and roughly equidistant west to east from the Andes Mountains and the Atlantic Ocean. The property’s situation in the arid central Argentine desert is tempered by the confluence of the Neuquen and Limay Rivers, both of which flow from the Andes and converge in the Rio Negro, which in turn flows into the Atlantic. The Rio Negro Valley itself is a glacial bed 15.5 miles wide stretching 310 miles along the river’s banks at an elevation of 750 feet above sea level. The valley is irrigated by a network of channels excavated in the late 1820s by British colonists who observed the abundant snow melt flowing from the Andes and created an oasis in the middle of the desert.

The climate is dry, with maximum humidity of thirty percent and an average of seven inches of rainfall annually. This aridity, coupled with the natural barrier of the surrounding desert, results in a complete absence of phylloxera and vine diseases. The air is pristine and without pollution, creating tremendous luminosity and purity of sunlight. During the ripening period, in the first quarter of the year, diurnal temperatures vary widely, ranging from an average of 82.4F (28C) during the day and 48.2F (9C) at night. The seasons are precisely defined, with hot summers, cold winters and mild springs and autumns. This consistency of climate enhances consistency of the wine from vintage to vintage.