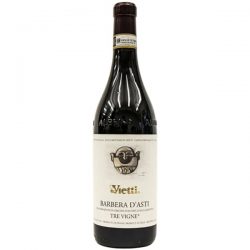 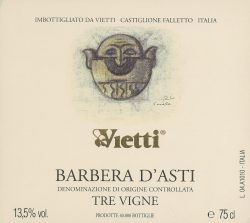 2019 Vietti Barbera D’Asti Tre Vigne is a vibrant red wine teeming with energy and electricity. Those berry tones of cassis, cranberry and black currant pop from the glass. Primary fruit remains the focus, but that fruit is nicely framed by contours of spice and toasted nut. The grapes harvested for this wine represent a second selection from some of the same parcels that make the Barbera d’Asti La Crena. This cool-vintage expression is just lovely, informal and fun.