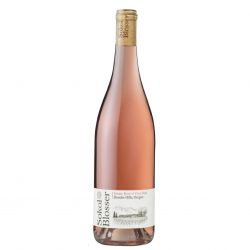 For 47 years – even before there was an Oregon wine industry – the Sokol Blosser family has been perfecting Pinot Noir. Since founders Susan Sokol Blosser and Bill Blosser planted their first vines in 1971, the family has pursued winemaking excellence through environmentally friendly techniques. Today, situated on a certified organic 85-acre property in the Dundee Hills appellation, and farming another 43 acres of vineyards in Dundee Hills and Eola-Amity Hills, B Corp-certified Sokol Blosser remains committed to a sustainable approach. This respect for nature has consistently captured the terroir of the region, showcasing its essence through the brilliance of its estate fruit.

Now with the second generation of Sokol Blossers at the helm, the winery is poised to enter a new millennium of winemaking and sustainability under the guidance of CEO and Co-President Alison Sokol Blosser, along with winemaker and Co-President Alex Sokol Blosser. As the new generation continues the legacy of Sokol Blosser’s founders, the focus remains on crafting exemplary wines through sustainable methods. It’s no mere coincidence that such practices have had the happy consequence of enhancing the excellence of Sokol Blosser’s Pinot Noir. In addition to the official recognition received for its environmental practices, Sokol Blosser has consistently won recognition for its quality wines. Being good to the earth – farming, buying and building through the lens of sustainability – is really about paying attention to and respecting the details. There is no other way to make great Pinot.

Home of the first Pinot noir vineyard of the Willamette Valley, planted by David Lett of Eyrie Vineyard in 1966, today the Dundee Hills AVA remains the most densely planted AVA in the valley (and state). To its north sits the Chehalem Valley and to its south, runs the Willamette River. Within the region’s 12,500 acres, about 1,700 are planted to vine on predominantly basalt-based, volcanic, Jory soil.

Groth Chardonnay Groth Chardonnay Long, cool fermentation in a mixture of old and new barrels gives our Chardonnay layers of fruitiness and complexity that result in a wine that is very enjoyable when young or after several years of bottle age. This method of fermentation, in conjunction with whole cluster pressing and “sur lie” aging [...]