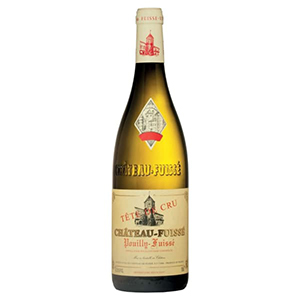 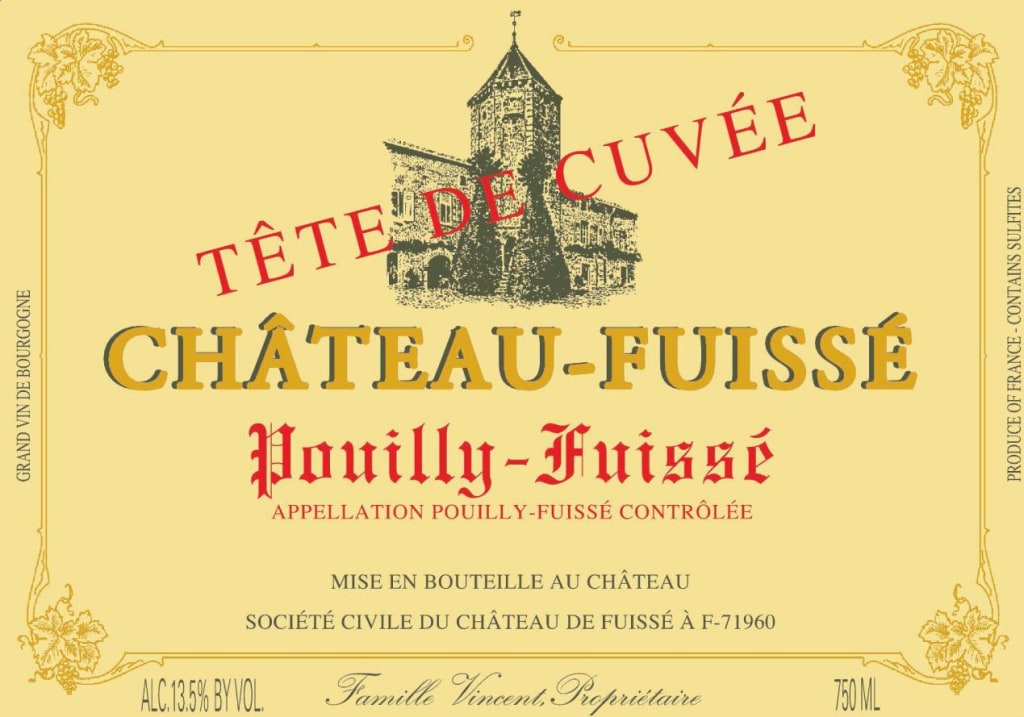 2019 Chateau-Fuisse Pouilly-Fuisse Les Combettes The Les Combettes shows a light yellow color with subtle notes of green. Floral and mineral on the nose, with hints of exotic fruit and ripe apples. On the palate, the attack is full and fresh with aromas of white flowers. Rich on the finish, the chardonnay is fresh, with a crisp minerality and good roundness.

The Vincent family—owner of Château Fuissé for five generations since 1862—assures the continuity of the domaine. Thanks to the transmission of the family’s savoir-faire gained over three centuries, each generation has added land, improved quality and enhanced the worldwide renown of the wines of Château de Fuissé.

Château Fuissé dates back to 1604 and has been in the Vincent family for five generations. Each generation has added land, increased quality and enhanced the worldwide recognition of the château. Today under direction of Antoine Vincent, Jean-Jacques Vincent’s son, Château Fuissé has reached the pinnacle of quality in the region with its wines rivaling the more famous appellations of Puligny-Montrachet, Chassagne-Montrachet and Meursault to the north.

The most famous vineyards of Les Brûlés, Les Combettes and Le Clos surrounding the château are bottled as specific cuvées to showcase their unique terroir. Presently, both Les Brûlés and Le Clos are in review by the INAO for premiers crus designation. Currently, Mâcon is the lone region in Burgundy lacking even one premier cru. But if one (or more) of the region’s vineyards wins approval, such a designation will be the first-ever premier cru in the Mâconnais.) Château Fuissé also produces quality-driven wines sourced mainly from family-owned properties in the Mâcon under the Vincent Signature label. Each of these wines is produced with the same care and expertise as the domaine bottlings.