Ghiaia Nera is Tenuta Tascante’s demonstration of the possibilities for Nerello Mascalese from young vineyards. It shows similar qualities to the old-vine Il Tascante, but with softer tannins and a distinctive freshness. This is enhanced by a lighter touch with oak aging. The name means “black gravel,” which describes the volcanic soil of the vineyard.

WE91
Wine Enthusiast
Aromas of toasted hazelnut, eucalyptus and violet lift out of the glass. Linear and elegant, the polished palate features Morello cherry, blackberry and hints of ground clove alongside lithe tannins and fresh acidity before a salty finish. Drink through 2025.

Nerello Mascalese is a highly regarded, dark-skinned grape variety that grows most commonly on the volcanic slopes of Mount Etna in Sicily. Its wines, which have had a rapid upsurge in popularity in the last decade, have a tendency to reflect their surroundings, giving taut, fresh red wines with fruity, herbaceous flavors, excellent minerality and an earthy nuance. Nerello Mascalese wines often have a perfume reminiscent of those of the noble wines of Barolo and Burgundy. 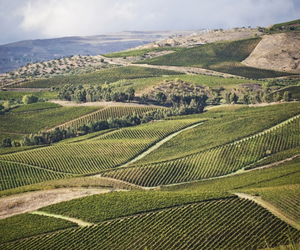 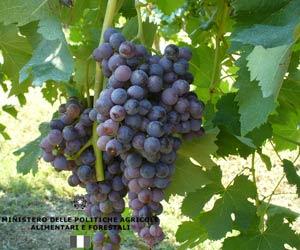 Tasca d’Almerita is a wine producer making wine from estates around Sicily. The company’s history dates back to 1830, although it wasn’t until the 1950s that proprietor Count Guiseppe Tasca began to focus on quality, rather than bulk production.
Today, its wines are exported to four continents.

Etna is an Italian wine DOC which covers the slopes of Mount Etna, the 3330 meter (10,920ft) active volcano that dominates the northeastern corner of Sicily. The Etna DOC was the very first in Sicily, created in August 1968 and followed nine months later by that of Sicily’s most famous wine, Marsala.