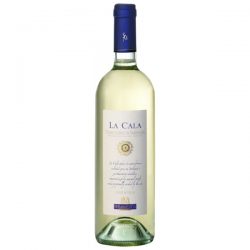 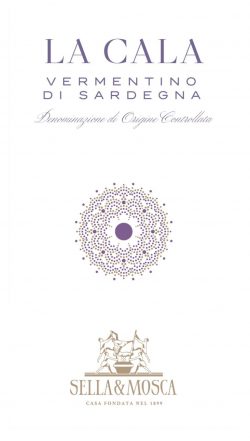 On the nose, it is very intense with notes of citrus. Delightful, and floral. The palate offers crispness and dryness with youthful vitality and freshness.

Winemaker Notes – Pale straw color with tints of lemon – green. On the nose, it is very intense with notes of citrus. Delightful, and floral. The palate offers crispness and dryness with youthful vitality and freshness. Vermentino wines are a versatile match for a wide array of appetizers and entrees, especially shellfish and seafood dishes.

92 James Suckling – I love the fact that freshness is the calling card of this pronounced nose, which presents cherry blossom, daffodils and candied citrus. Full-bodied and round. Quite long and oily on the finish. Drink now. 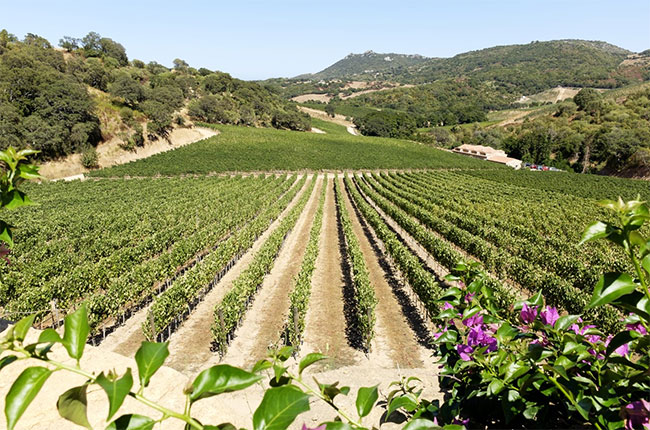 What comes to mind when one reads the word, “Sardinia”? Sardines? That island where Napoleon was exiled? (Actually, he cooled his heels in Elba.) Anything?

The difficulty of mentally associating much of anything with Sardinia is understandable—it’s a distant and difficult to characterize place. Officially a province of Italy, Sardinia is the second island in the Mediterranean Sea. The Italian constitution gives Sardinian considerable liberty to run its own affairs.

Less than 1.7 million people live on its 9,300 square miles, scattered in cities and small towns. Sardinia’s weather is sometimes tropical; palm and olive trees grow there, and turbulent storms blow in from the sea. But snow also falls in the highlands. Film stars sometimes holiday on Sardinia’s beaches, but the island also is spotted with a slew of NATO bases and installations, to the ire of some locals.

The cultural is similarly hard to peg for outsiders. Italian is the official language and is widely spoken, but there is a native Sardinian language which is more Latin-esque, and comes in varying dialects. Spaniards, Italians, Greeks, and various Africans all have landed on the island over the centuries. Unlike neighboring nations, Sardinia is more matriarchal than patriarchal. Women tend to be more educated than men, but the residential literacy rate is nearly 100 percent.

One unsurprising fact about Sardinia is that it, like its continental neighbors, makes wine. Lots of it.

Yet, Sardinian wine can be difficult to find in the United States. That is because much of the wine made in Sardinia is sold there or in Europe

So, suffice to say that when I recently had the chance to sample Sardinian wine I had no idea what to expect. The omnipresent Cabernet Sauvignon grows there, but most of the wines came from grapes  —Vermentino, Torbato, Carignano, Cannonau — that were at best vaguely familiar. 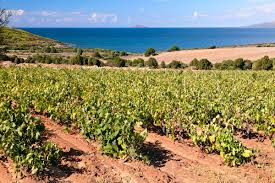 Sella & Mosca’s winery I Piani estate in Sardinia constitutes one of the largest contiguous vineyards in Italy and counts itself among the country’s most impressive wineries. Situated in the northwest corner of Sardinia, just inland from the pretty, historic port of Alghero, this 1,600-acre property with more than 1,200 acres of vines is one of the largest wine estates in Europe.