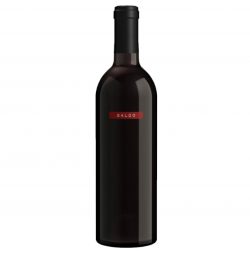 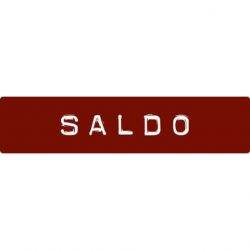 Dark ruby color with bold aromas of black licorice, black pepper, cherry, and baking spice. The entry is rich, full, and scintillating. The palate is mouthwatering and smooth with a hint of chocolate. The finish is voluptuous with soft, velvety tannins.
2018 Saldo Zinfandel

The Prisoner Wine Company’s eponymous first wine was inspired by the drinkable “mixed blacks” made by the Italian immigrants who originally settled in Napa Valley. Since launch, The Prisoner soon became recognized as one of the most innovative Napa Valley wines, leading the resurgence of California red blends and earning “cult wine” status. Now complemented by a white blend (Blindfold), Chardonnay (The Snitch), Cabernet Sauvignon (Cuttings), Zinfandel (Saldo), Merlot (Thorn) and a Red Blend (Dérangé), The Prisoner Wine Company’s winemaking philosophy remains the same: To collaborate with a family of growers throughout California’s best winegrowing regions to craft wines of exceptional quality and unexpected character.

The Prisoner Wine Company acquires grapes from more than 100 vineyards throughout California’s premier grape-growing regions, partnering with phenomenal growers who are dedicated to cultivating unique varieties. Chrissy Wittmann and her team of winemakers collaborate with this family of growers, visiting each vineyard site throughout the year to carefully assess the style and quality of every lot to make the best possible wine from each vintage.

Zinfandel (also known as Primitivo) is a variety of black-skinned wine grape. The variety is grown in over 10 percent of California vineyards. DNA analysis has revealed that it is genetically equivalent to the Croatian grapes Crljenak Kaštelanski and Tribidrag, as well as to the Primitivo variety traditionally grown in Apulia (the “heel” of Italy), where it was introduced in the 18th century.The grape found its way to the United States in the mid-19th century, where it became known by variations of a name applied to a different grape, likely “Zierfandler” from Austria.

The grapes typically produce a robust red wine, although in the United States a semi-sweet rosé (blush-style) wine called White Zinfandel has six times the sales of the red wine.The grape’s high sugar content can be fermented into levels of alcohol exceeding 15 percent.

The taste of the red wine depends on the ripeness of the grapes from which it is made. Red berry fruit flavors like raspberry predominate in wines from cooler areas,whereas blackberry, anise and pepper notes are more common in wines made in warmer areas and in wines made from the earlier-ripening Primitivo clone.