Winemaker Notes: Impressive deep purplish-red in color. The aromas are complex, with pronounced blackberry and ripe blueberry fruit. There is also dried plum, cooked cherry and candied fruit. The 18 months of aging in French oak gives a complex nose of toasted aromas, nuts, sweet spice, and touches of dairy and vanilla. On the palate, the flavors follow the aromas, with sensations of dark fruit and toast leading to a long finish that is finely balanced with good body and structure. Blend: 92% Carmenere, 8% Petit Verdot 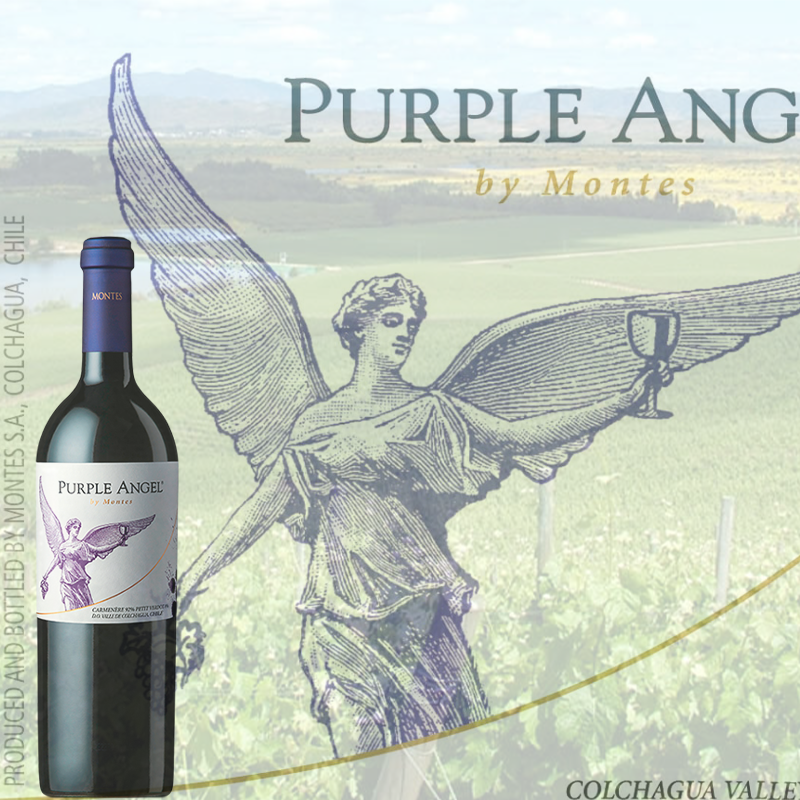 Carmenere; Dark, full-bodied and herbaceous with a spicy kick, Carmenere found great success with its move to Chile in the mid-19th century. However, the variety went a bit undercover until 1994 when many plantings previously thought to be Merlot, were profiled as Carménère. Somm Secret— Carménère is both a progeny and a great-grandchild of the similarly flavored Cabernet Franc.

Well-regarded for intense and exceptionally high quality red wines, the Colchagua Valley is situated in the southern part of Chile’s Rapel Valley, with many of the best vineyards lying in the foothills of the Coastal Range. Heavy French investment and cutting-edge technology in both the vineyard and the winery has been a boon to the local viticultural industry, which already laid claim to ancient vines and a textbook Mediterranean climate.

With the release of the first Montes Alpha wine back in 1988, Montes became one of the first premium wineries of Chile. Their premise, a clear belief that Chile had an untapped potential as a producer of quality wines, made them a benchmark for other wineries to follow. Its original four partners’ total involvement and the continuous help of the angels that decorate their labels was key to their success.