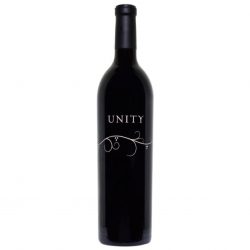 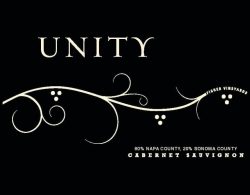 One of the greatest Values in Napa Cabernet

This is a great buy, The wine we offer is the Fisher Unity Cabernet, a huge favorite of our customers and one of our go-to Napa Cabs under $50 a bottle. The wine is made by the great Mia Klein. She has been winemaker of the year by Wine Enthusiast Magazine, she has made over fifty wines that have received 90pts plus by the Wine Spectator. She has made Napa Royalty like Araujo and Dalla Valle. She is one of the greatest Napa Cab winemakers on the planet. Other members of the team are Aaron Pott and vineyard manager extraordinaire David Abreu.Fred Fisher of Detroit’s Body by Fisher family could have gone in any direction to prove what he could do with his Princeton and Harvard B-School degrees, away from the family fortune. But in 1973 he and wife Juelle decided Napa Valley would be where they would plant the flag and see what they could achieve. They now have four decades under their belt and have kept it a family affair. Robert Parker calls Fisher “one of Napa’s undiscovered jewels!”

We taste a lot of wine to select the wines we offer our customers and Fisher’s Unity at its price point of just under $50 has been selected now five years running and I can tell the 2018 Fisher Unity Cabernet is one of the top two I have ever tasted. We went deep on the wine and I can offer you the wine down to $29.99. You Save 40%! The wine got 93pts Suckling! This is a no-brainer buy for what’s in the bottle. Wine Delivered You Your Door!

Parker, “one of Napa’s undiscovered jewels!” The Unity Cabernet Sauvignon is an 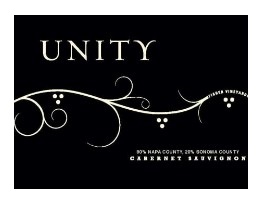 opulent wine with aromas of ripe cherry, cigar box and hints of lavender. On the palate flavors of Santa Rosa plum are layered with rich caramel, rhubarb and toasted oak, finishing with decadent notes of mixed black fruits and dark cocoa. Yum!
The best of both worlds. James Suckling loves this balanced beauty, “Violets, blueberries and fresh leaves abound on the nose of this multidimensional blend….The palate has a very rich, soft and ripe core of chocolate-laced blackberries and blood plums. Full-bodied, but soft.”
GET YOUR WINE DELIVERED!

Fisher Unity Vineyards: Founded in 1973 by Fred and Juelle Fisher, the winery is nestled at the 1500-foot elevation on the western face of the Mayacamas Mountains between the Napa and Sonoma Valleys and home to their Wedding Vineyard Cabernet Sauvignon and Whitney’s Vineyard Chardonnay. Their Coach Insignia Cabernet, Lamb Vineyard Cabernet and RCF Vineyard Merlot come from their estate on the Silverado Trail in the Napa Valley. It is from these two sites that the winery strives to fulfill their mission of producing world class Chardonnay, Cabernet Sauvignon and Merlot.