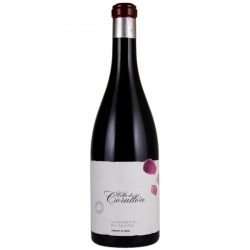 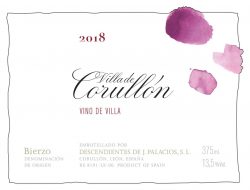 2018 Descendientes de Jose Palacios Corullon The Palacios brothers are making some of the greatest wine coming out of Spain, Raphael and Remondo are led by elder brother Alvaro Palacios. Alvaro is consistently heralded for creating some of the top wines of the Modern era.  One of nine children born to the owners of Rioja’s respected Palacios Remondo, Alvaro studied in Bordeaux and worked under Jean-Pierre Moueix at Chateau Petrus. He was named ‘Man of the Year’ by Decanter Magazine. Constantly striving to make Spain’s greatest wines.  Descendientes de J. Palacios was founded by Alvaro Palacios and his nephew Ricardo Perez, also considered one of Spain’s greatest winemakers, back in 1998 with the goal of highlighting the vast potential of Bierzo based wines. The wine we have for you today is the 2018 Descendientes de Jose Palacios Corullon. The wine got a huge 96pts by Parker’s WA as it effortlessly flows across your palate. The wine is almost dreamy and just about impossible to sit, it just keeps inviting you back for more. The wine is a blend of the greatest single vineyards in all of Bierzo. Imagine a wine that is a blend of the great Grand Cru Vineyards of Burgundy, this is that wine and it can be had for $49.99 per bottle. this is the smart-buy from Descendientes de José Palacios, much lower price than his straight single vineyard but offering all the wizardry and pleasure. In 2018, more than half of the Villa de Corullón blend came from Monçerbal and San Martín. In Ricardo Peréz’s opinion, it’s the tension between these contrasting terroirs that forms the wine’s essential character. It’s no wonder the 2018 earned a 96 points. Since the vineyards are all 100+ years old, it’s not surprising that Alvaro and Ricardo found other  native grapes mixed in.  Bierzo’s signature variety, Mencía of course dominates the blend. But it is complemented by small amounts of other red grapes that were planted a century ago in the same vineyards. They help give Villa de Corullón its fantastic complexity. If you love wine and what a tremendous sensory journey it can, you will love this and it is rare to find such a journey at this price point.

The village wine 2018 Corullón has, for the first time, the new category Vino de Villa (village wine!). It comes from around 90 plots of their own vineyards. In the cooler and more Atlantic 2018, they had more rain than the previous two vintages and a lower average temperature, and they think it was excellent for their wines (“a modern version of 2001,” Ricardo Pérez Palacios told me). There are around 8% white grapes here, and the wine fermented in oak vats with punching down, and the élevage was in a combination of barriques, bocoyes and foudres, oak containers of different sizes, and was short of 11 months. This is the modern version of 2001 and 2012, and in 2018, it has the part of Moncerbal (almost 40%) that was not in the 2017 (because of hail, the Moncerbal bottling was not produced in 2017), so it goes back to the classical style. There is terrific balance here, great purity, with the essence of slate; here, we move from the fruit of the Pétalos to the herbs. But there is complexity and nuance, violets, rockrose, sap, resin, fern, cinnamon and citrus, all very subtle and harmonious. The flavors have similar purity, and if these wines never have high acidity, there is great freshness, soft citrus, all very subtle and velvety. This is sooo easy to drink it could be dangerous.”