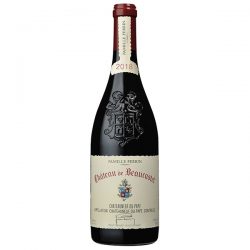 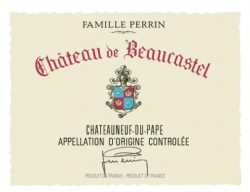 The 2018 Chateau de Beaucastel red has an elegant deep ruby-red color. The powerful and elegant nose offers superb notes of spices, cherries and cocoa. Elegantly and perfectly balanced, the mouth reveals a beautiful dense structure with fine tannins and complex aromas of red fruit such as blackcurrants and floral notes. The finish is very long and harmonious. A very sophisticated wine, signature of Beaucastel’s style.
With bold fruit flavors and accents of sweet spice, Grenache, Syrah and Mourvèdre form the base of the classic Rhône Red Blend, while Carignan, Cinsault and Counoise often come in to play. Though they originated from France’s southern Rhône Valley, with some creative interpretation, Rhône blends have also become popular in other countries. Somm Secret—Putting their own local spin on the Rhône Red Blend, those from Priorat often include Merlot and Cabernet Sauvignon. In California, it is not uncommon to see Petite Sirah make an appearance.

The first evidence of Château de Beaucastel as it exists today is in the sixteenth century. In 1909, Pierre Traminer bought the estate and then transferred it to his son-in-law Pierre Perrin, a scientist who further developed Beaucastel. His son, Jacques, continued his father’s efforts until 1978 and today, the torch is carried by Jacques’ sons, Jean-Pierre and François. They are joined by the fifth generation of Perrins—Marc, Pierre, Thomas, Cécile, Charles, Matthieu, and César.

The vineyards of Château de Beaucastel are located on historic land where each of the 13 approved grapes varietals of the Châteauneuf-du-Pape appellation are planted. The art of blending these 13 grapes has been passed down from one generation to the next.