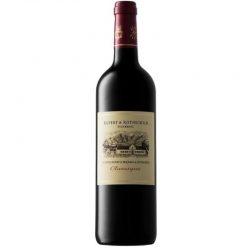 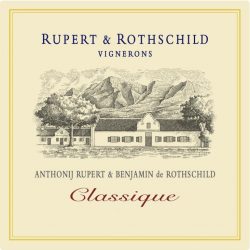 At the foot of the spectacular Simonsberg mountain in the Franschhoek valley lies the historic French Huguenot farm Fredericksburg, established in 1690 and now home to Rupert & Rothschild Vignerons. It was in this valley that the early French Huguenots first discovered a terroir similar to that of certain winegrowing regions in France, over 300 years ago. Hence, their decision to settle and cultivate vineyards here.

To produce the finest quality wine, meticulous attention is given to vineyard and cellar practices. Preserving the grapes at their optimal state prior to initiating the winemaking process is truly one of the great secrets of producing wine. At Rupert & Rothschild the bunches are carefully harvested by hand and intervention during the winemaking process is kept to a minimum.

With an important wine renaissance in full swing, impressive red and white bargains abound in South Africa. The country has a particularly long and rich history with winemaking, especially considering its status as part of the “New World.” In the mid-17th century, the lusciously sweet dessert wines of Constantia were highly prized by the European aristocracy. Since then, the South African wine industry has experienced some setbacks due to the phylloxera infestation of the late 1800s and political difficulties throughout the following century.