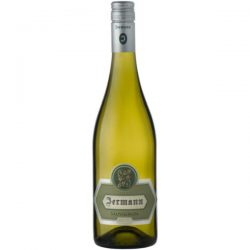 2017 Jermann Sauvignon This Sauvignon Blanc is a brilliant straw-yellow color with light greenish highlights. Its aroma is intense, persistent, and fruity with a pleasant hint of elderflower. On the palate, it is full and dry, elegant and balanced. Try pairing with shellfish, seafood risotto, and white fish in sauce. It is exceptionally good with lobster and crayfish in simple recipes.