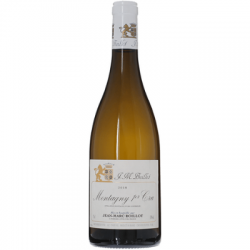 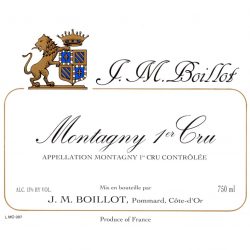 JD91 Jeb Dunnuck
Crushed citrus, white flowers, oyster shell, and some obvious minerality emerge from the 2017 Montagny 1er Cru. It’s medium-bodied, clean, crisp, and pure on the palate, with a juicy, delicious style. It’s also going to evolve nicely.
One of the most popular and versatile white wine grapes, Chardonnay offers a wide range of flavors and styles depending on where it is grown and how it is made. While it tends to flourish in most environments, Chardonnay from its Burgundian homeland produces some of the most remarkable and longest lived examples. California produces both oaky, buttery styles and leaner, European-inspired wines. Somm Secret—The Burgundian subregion of Chablis, while typically using older oak barrels, produces a bright style similar to the unoaked style. Anyone who doesn’t like oaky Chardonnay would likely enjoy Chablis.
One of the top appellations for white Burgundy from the Cote Chalonnaise, Montagny is comprised of large number of Premiers Crus vineyards. Its wines (made of Chardonnay) tend to have a finesse and body not found elsewhere in the Cote Chalonnaise.
Jean-Marc Boillot was one of the younger generation in Burgundy who was determined to improve his family’s wines. In 1984, after vinifying 13 vintages at the family’s domaine, Henri Boillot, Jean-Marc walked out in protest, intent on producing highly concentrated, rich, and ripe wines. He became the winemaker for Olivier Leflaive for the next four years and at the same time produced wines from 5-acres of vineyards, bottled under his own label. The wines impressed Boillot’s grandfather, who bequest half his vineyard to Jean-Marc. Boillot runs his domaine from his grandfather Henri Boillot’s house and cellars in the village of Pommard. Jean-Marc’s maternal grandfather was the late Etienne Sauzet, from whom he also inherited exceptional vineyards.