Underbrush, camphor and new leather aromas get together with grilled herbs 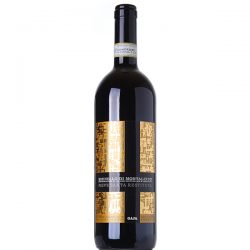