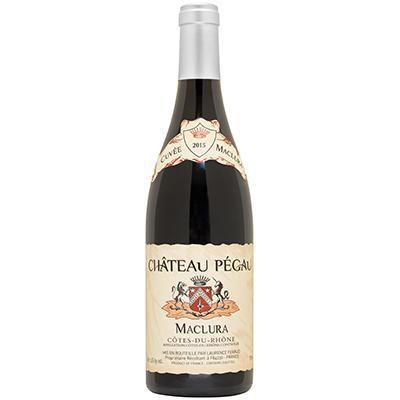 2017 Chateau Pegau “Maclura” Cotes du Rhone A blend of 60% Grenache, 25% Syrah, and Other, the 2017 Cotes du Rhone Cuvee Maclura is a dark-fruited wine loaded with scents of black olives, cracked pepper and espresso. Sturdy and savory in character, it’s medium to full-bodied, admirably concentrated and intense, with a dose of dusty tannins on the finish. 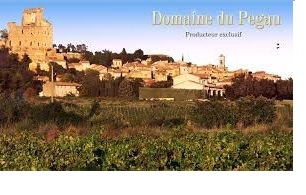 The Chateauneuf du Papes from Domaine Pegau are some of the finest Red Wines in France, and the world.  Cuvee de Capo is their flagship, ranging anywhere from $300-400 a bottle and has scored 100 points from Robert Parker countless times.  It is a unicorn of a wine, available in scarce quantity in only the best vintages.  The last time we saw the wine was the 2010 vintage.  The wines are made by the Feraud Family, whose roots date all the way back to the middle of the 17th century in the Southern Rhone.  What many people don’t know is that father/daughter team Laurence and Paul Feraud are also  producing some of the most insane, multi-dimensional Cote du Rhones available in the market.  The same winemaking methods that go into their Chateauneuf du Pape wines go into their Cote du Rhones, and the results are phenomenal.  Today’s offer is their 2017 Chateau Pegau “Maclura” Cotes du Rhone, which received 91 from Parker, and I can extend an additional 28% off its list price of $24.99 plus FREE CASE SHIPPING. This is a no-brainer buy! Customers are begging for more wines from the Southern Rhone, and we are delivering on only the best.  To make this deal even better, the price is not being affected by the tariffs placed on French wine.  Everything about this wine is a “buy” and I am recommending backing up the truck and committing to cases.  Deals like this are becoming more and more scarce.  Stay safe, and get your wines delivered!  Cheers!

Domaine du Pégau is a beloved icon of traditionalism in Châteauneuf du Pape, crafting wines that dually epitomize the Châteauneuf style of the Southern Rhône while being unmistakably Pégau. Long owned by the Féraud family, the estate is run by the charming Laurence, a Robert Parker Wine Advocate Wine Personality of the Year who was exceptionally well-schooled by her father Paul. Despite receiving six 100-point scores in less than 10 years, Domaine du Pégau is a down-to-earth specimen of Southern France hospitality.

Robert Parker of The Wine Advocate summarizes the house style as follows: “This superb estate fashions an old style, massive, unbelievably rich, rustic Châteauneuf du Pape. If you want to taste what the old-style Châteauneuf du Pape of the forties, fifties, and early sixties tasted like, buy a bottle of Domaine du Pégau. They are rich, rustic, sometimes massive Châteauneuf du Papes made with no concession to modern-day tastes.” Furthermore, he continues “I have long been a huge fan of this estate, and have put my money where my mouth is, having purchased all of Pégau’s vintages since 1979.”  Heady praise indeed from the world’s leading wine critic.

Domaine du Pégau’s wines have developed a cult-like following among savvy consumers, who adore their expressive style, unique personality and still-affordable prices for the quality and experience they deliver.