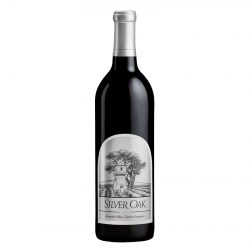 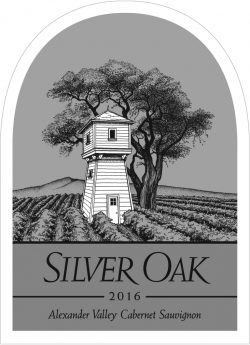 The 2016 Cabernet Sauvignon is ruby in color with a magenta rim. It has an enticing nose of cassis, blackberry, vanilla, sage and spearmint. Upon entry, this wine builds from potpourri and bramble to a bright pop of raspberry on the mid-palate. A juicy finish with chewy tannins and a medium length, it will provide drinking pleasure through 2042 with proper cellaring.

Great wine is meant to be savored with family and friends. This belief is at the heart of Silver Oak Cellars, where we have crafted extraordinary Cabernet Sauvignon for over 35 years. Designed to be deliciously drinkable from the day it is released, Silver Oak Cabernet Sauvignon grows more supple and luxurious over time.

Nearly a northern extension of Napa Valley, Alexander Valley starts just north of the small, Knights Valley, and is just a few minutes drive from the Napa town of Calistoga. It is Sonoma County’s hottest AVA. But the Russian River, which runs through the valley, creates cooler pockets and its soft, alluvial soil is ideal for grape growing, especially Cabernet Sauvignon. In fact, some believe that Alexander Valley Cabernets truly rival the best from Napa Valley and many of the heavy-hitter producers have largely invested here.