2016 Silver Oak Cabernet Sauvignon Napa Valley Deep ruby in color, the 2016 Napa Valley Cabernet Sauvignon is an opulent wine with notes of cassis, ripe raspberry, toasted coconut and shiitake mushroom. This wine has a rich entry, depth through the mid-palate, great structure without being heavy and exceptional length on the finish. Fresh cherry flavors balanced with floral notes and a subtle hint of black pepper add a beautiful complexity. Plush tannins lend to its ageworthiness. Given proper cellaring conditions, this wine will show beautifully through 2040. Winemaker 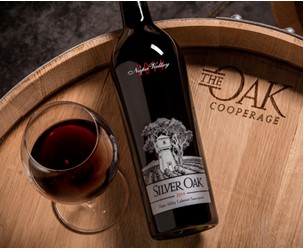 Silver Oak along with Caymus have captured the admiration of Napa Cab lovers like no other two wines. The Silver Oak Napa Cab is a true icon, collected and loved like very few others.The 2016 vintage for Cabernet is one of the greatest of all time! Parkers Wine Advocate gave the vintage 98pts, the highest rating they have ever given a vintage. Silver oak releases later than all others and this wine is a stunner for the cellar. I have this wine in my cellar going all the way back to the mid 1980’s and every bottle I have opened has stood the test of time and has been superb. This is one of the most collected Napa Cabs and a I strongly recommend if you appreciate the best. Founded by Raymond Twomey Duncan a businessman and Justin Meyer a winemaker and former Christian Brother in 1972 when they 1100 cases in a dairy barn. Silver Oak has grown to be one of the most recognizable and desirable Cabernet from California. A true icon of Napa Cab! We have a great on the 2016 Silver Oak Napa Cabernet and 2016 is the vintage to buy if you can get it. Quality from this vintage is long gone. I strongly recommend.

The best Cabernet Sauvignon wines tend to have deep color, good structure and a full body. They are tannic in youth, especially when aged in oak, and often require a few years to soften before they become enjoyable to drink. Typical flavors may include black fruits like blackcurrant or blackberry, as well as fragrant cigar box, tobacco and coffee. “