San Valentino has always aimed at the quality of its products and today produces excellent and completely organic wines.

2016 San Valentino Sangiovese Riserva Terra Di Covignan Intense ruby ​​red color with purple reflections. On the nose strong fruity notes of cherries, currants and blueberries that open to aromas of thyme, juniper, red rose and violet, as well as spicy nuances of rhubarb. On the palate it is broad, rich, harmonious and well structured. Elegant and powerful but at the same time fresh and in possession of a well-developed tannic fiber. Very pleasant finish of bitter chocolate and plum jam. Matures in French oak tonneaux for 18 months 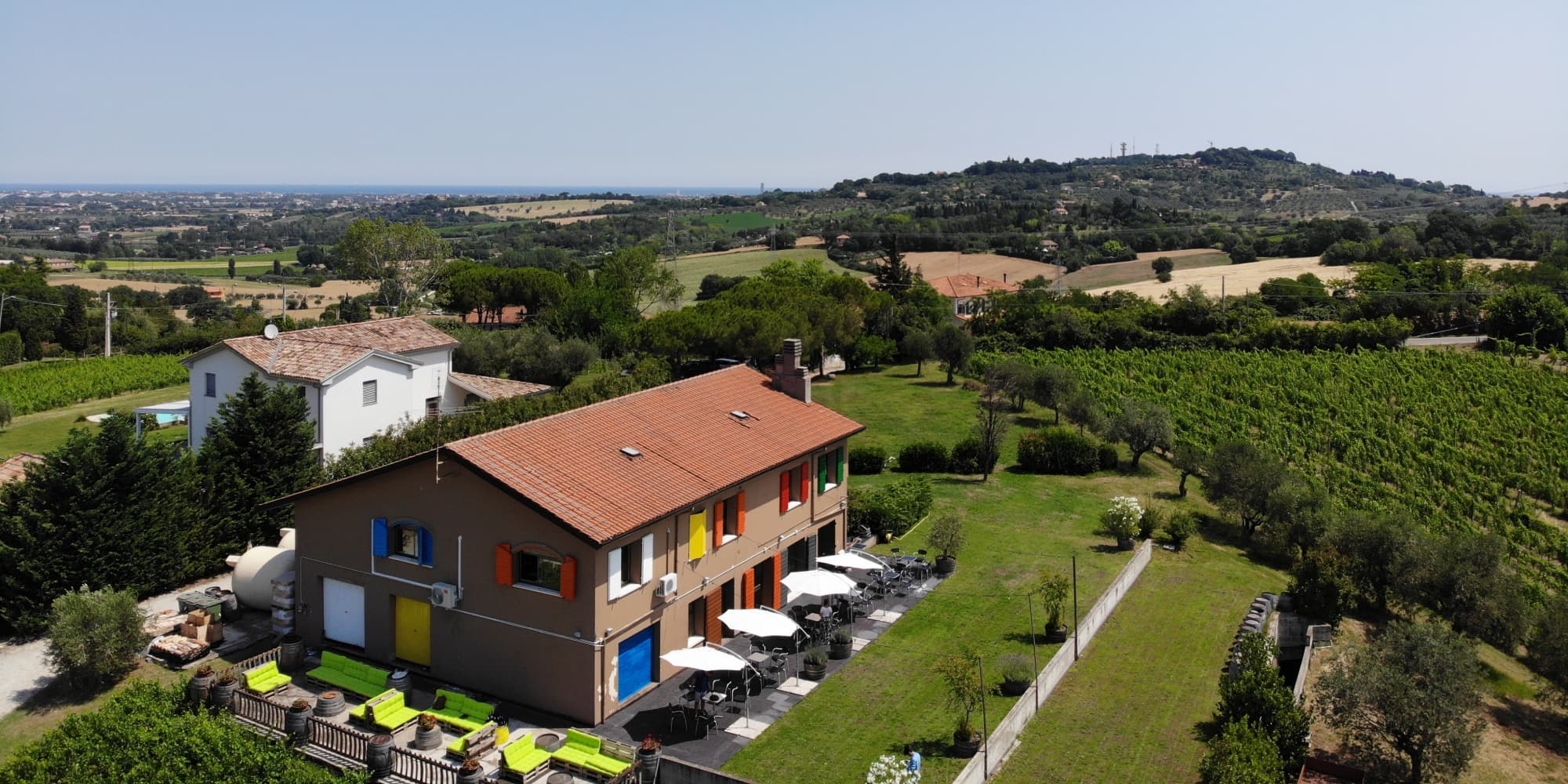 Vini San Valentino The wines produced in our winery are made with love: it was the passion and the attachment to the fruits of his land that pushed Roberto Mascarin in 1997 to inherit the business his father had started some years before. He reorganized and enlarged the company, planting new vineyards and reaching prestigious goals within few years. However, the meeting with Valentina, Enrico and Alfredo Aureli in 2016, who entered into partnership with Roberto, signed the rebirth of San Valentino.

Good-quality Sangiovese is prized for its high acid, firm tannins and balanced nature. Savory flavors of dark cherries and black stonefruit are characteristic, and may be backed by secondary notes of tomato leaf and dried herbs. The use of oak has become more popular and this coaxes richer flavors from the grapes, tending toward plum and wild raspberry.

In Tuscany, Sangiovese is the sole grape variety permitted in the prestigious Brunello di Montalcino DOCG and provides the backbone to Vino Nobile di Montepulciano and the popular wines of Chianti. One of Sangiovese’s more modern incarnations is in the so-called “”””Super Tuscans””””, which are made under the Toscana IGT category. These wines allow winemakers more freedom to blend indigenous Italian grapes (principally Sangiovese) with Cabernet Sauvignon, Cabernet Franc, and Merlot (see Cabernet – Merlot – Sangiovese for more information).