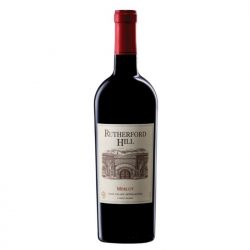 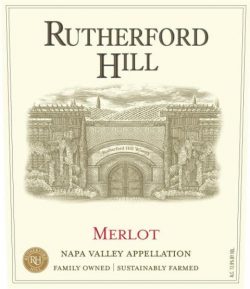 Crimson red. Intense aromas of dark fruit (black currant, blackberries, & blueberries) layered with notes of cassis with hints of savory herbs, anise, and spice. Intricately and intense flavors of dark cherry and pomegranate, with a thread of baking spices. Full bodied and round with a lush texture and rich tannins.

James Suckling (92/100)
A firm, linear red with blackberry, cherry and dark-chocolate aromas and flavors that follow through to a medium body. Fresh finish.

Nestled high in the Eastern Hills, Rutherford Hill Winery commands a spectacular view overlooking the Rutherford bench of Napa Valley. It is from a handful of the most select Napa vineyards that Rutherford Hill continues its tradition of crafting legendary wines. In 1976, while the rest of the world was just beginning to take notice of Napa Valley, the founders of Rutherford Hill recognized a unique opportunity. They believed that the climate and soil of the valley, similar to Pomerol, were well suited to Merlot and were among the first to pioneer what has become Napa’s premier varietal. Today, this tradition of quality continues, expressed by wines of great complexity and character.

Undoubtedly proving its merit over and over, Napa Valley is a now a leading force in the world of prestigious red wine regions. Though Cabernet Sauvignon dominates Napa Valley, other red varieties certainly thrive here. Important but often overlooked include Merlot and other Bordeaux varieties well-regarded on their own as well as for their blending capacities. Very old vine Zinfandel represents an important historical stronghold for the region and Pinot noir is produced in the cooler southern parts, close to the San Pablo Bay.

Perfectly situated running north to south, the valley acts as a corridor, pulling cool, moist air up from the San Pablo Bay in the evenings during the hot days of the growing season, which leads to even and slow grape ripening. Furthermore the valley claims over 100 soil variations including layers of volcanic, gravel, sand and silt—a combination excellent for world-class red wine production.