2016 Petrolo Boggina Very similar to 2015, this 2016 vintage is another extremely favorable year for winegrowing. In line with typical Tuscan weather, winter was cold enough with abundant rain showers, followed by a regular spring, while summer on average was warmer than usual but not extreme, allowing the soil to keep its moisture. These conditions sustained healthy and balanced growth and extremely good grape ripening. Harvest started with Merlot during the first week of September, followed by Sangiovese during the second week of September over a period of approximately 14 days. Harvest ended in early October with Cabernet Sauvignon from Petrolo’s highest altitude vinyeard, Campo Lusso. 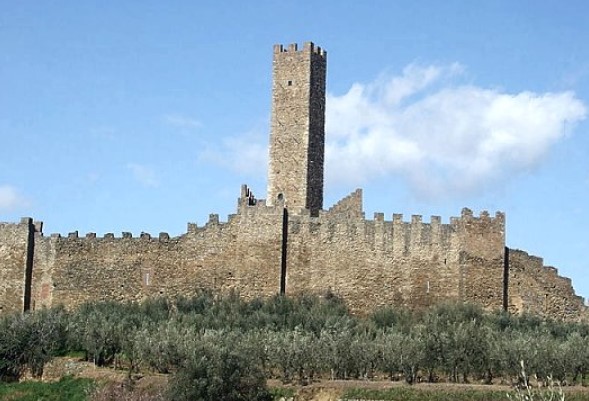 98pts Suckling:  Petrolo is a certified organic grower, and this iconic expression of Merlot from Tuscany. There is arguably no wine in this area near Arezzo more celebrated than Galatrona. The Petrolo 2018 Val d’Arno di Sopra Galatrona is a beautifully soft and supple expression with dark fruit, cherry, blackberry, tobacco, spice, and smoked cedar wood. The results are balanced and elegant, and this vintage has a beautiful manner in which it presents the intensity and depth of Tuscan Merlot without any of the heaviness or darkness you might anticipate. Everything comes together here with careful precision and wholeness. Drink Date: 2020 – 2045″ 97pts Parker’s WA

I have been carefully monitoring which will be the standout wines in this great vintage, cherry picking the absolute best and today I have a wine that has greatness written all over it. Demand for these wines are incredible, wines are selling out on release.  The wine is the great Super Tuscan, the 2018 Petrolo Galatrona. The Wine got huge press 98pts by Suckling, 97pts by both Parker and Decanter and 96pts by Vinous. This is one of the great red wines coming out of Italy today. Suckling includes Galatrona as one of his Top 5 Super Tuscans and his Best Collectible Wines of Tuscany. This wine is a pinnacle wine! One of the great Super Tuscans of our time! 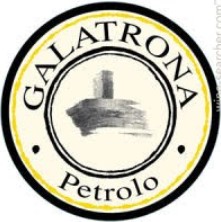 The Petrolo Winery is part of the medieval fiefdom of Galatrona and its tower, built atop roman ruins, still exists. The winery focuses on making the finest possible quality. The great Carlo Ferrini consults, possibly Tuscans greatest winemaker, also makes Oreno, Casanova di Neri,  Fonterutoli, La Massa, Brancaia and Brolio. the 2018 Petrolo Galatrona is one of the finest expressions of Merlot in the world and with Ornelaia’s Masseto (sells for $500 to $700 a bottle)  also 100% Merlot make up the finest expressions of Merlot from Italy. The Petrolo Galatrona is reminiscent of Chateau Petrus and rivals the finest right bank Bordeaux’s from St Emilion and Pomerol. It has been called the Le Pin of Tuscany, rivals Cheval Blanc and Pavie and has won Tre Bicchieri no fewer than thirteen times. It is the pinnacle of its expression in wine. Demand for the 2018 is extremely high. A definite collector piece and a prized possession in any cellar. Tuscany does not get better. One with Greatness!

Red wine has been prevalent since prehistory (the period before written records) as winemaking originated and spread throughout the world. In this case, “red blend” refers to any red wine that contains more than one red grape variety in the final product, though certain red blends can have their own designation as varietal wines despite comprising multiple grapes. For much of the history of European wine, red blends were in fact more common than single varietals, as winemaking was typically region-centric and featured grapes consolidated from vineyards across a given area.

One famous example of this practice is the Bordeaux blend, which originated in the 18th or 19th century and usually comprises Cabernet Sauvignon, Merlot and Cabernet Franc. Though prominent red blends such as Bordeaux still remain popular, many red blends have been associated with lower quality due to the assumption that the term indicates cheaper table wines. However, many high-quality wine producers still elect to produce red blends, and these wines can in fact offer many unique and delicious flavors due to the winery’s ability to custom design the profile of their product.”