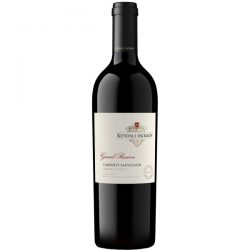 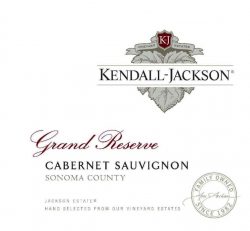 This Cabernet Sauvignon has distinct flavors of blackberry, blueberry, plus both red and black currants with enticing fragrances of mocha and nutmeg. Subtle notes of chocolate and toasty vanilla add to the richness and length of this bold Cab, and are accompanied by fine grained tannins on a lengthy finish.

While Sonoma County is acclaimed—and rightfully so—for its Chardonnays, Pinot Noirs, and Zinfandels, it also produces exceptional Cabernet Sauvignon. Of the region’s 18 American Viticultural Areas, only a handful produce top-notch Cabernet Sauvignon. These appellations include Alexander Valley, Knights Valley, Sonoma Valley and Dry Creek Valley. Sonoma Cabernet Sauvignons made in these appellations can offer a complex array of aromas and flavors. Fruit notes such as blackberry, blackcurrant, cassis, black cherry and raspberry often are accompanied by hints of graphite, dusty earth, cigar box, toast and vanilla. The varietal has a rich history in Sonoma, and some of these Cabernet Sauvignons and Cabernet-based blends rival the best from Napa Valley.

Back in 1974, Jess Jackson saw in the fine vineyards of California’s cool coastal regions fruit with a variety of outstanding flavors. What if there was a way to produce from this abundance, a single outstanding “cuvée” that offered both quality and value? The result, first released in 1983, was Vintner’s Reserve Chardonnay, a rich, round and flavorful wine, made with hand-crafted methods. That same year, Grand Reserve was introduced, a line of ultra-premium wines that represented the full potential of California’s finest vineyards and winemaking.

Today, over 5,000 acres of vineyard in California’s coastal regions are farmed by Kendall-Jackson. Four separate wineries house what is possibly the single largest barrel-fermentation project in the world. But perhaps most important, is that Kendall-Jackson remains a family-owned winery.