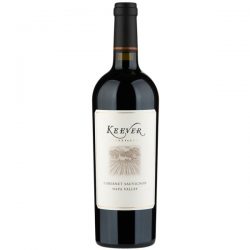 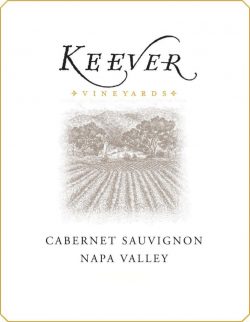 Winemaker Notes; Classic estates seem to create classic wines reliably, but in exceptional vintages the wine quality elevates just that much more, to the realm of the ethereal. The 2016 Keever Vineyards Cabernet Sauvignon shows its signature aromas of bright cherry and raspberry mixed with dark chocolate and sweet earthy tones, but this vintage shows, additionally, a lovely dark note of huckleberry pie and just a hint of sassafras. At entry, the structure of the wine lends an impression of weight and concentration yet the tannins show restraint and resolution, giving at one moment both the sense of age-worthiness as well as delicious qualities in the near term. As the flavors fade, the lingering presence of the wine shows a lovely combination of bright fruit and subtle savory qualities.

One of Napa Valley’s most historic sub-appellations, Yountville spreads through some of the valley’s ideal cooler sites and enjoys success with a handful of different and significant grape varieties.

Keever Vineyards is a small family owned and operated winery in Yountville, in the Napa Valley. And when we say family owned and operated, we mean it. On any given day there are between two and four Keevers on site. During fruit processing, we get aunts and uncles in too. Dad, Bill Keever, does a lot of everything from washing barrels to wine deliveries. Mom, Olga Keever, runs the office, works with distributors, and ensures all our compliance obligations are met. Son, Jason specializes in production. Daughter, Ashley Keever is the Director of Hospitality and Liz Wilkens is the creator and Director of the Keever Vineyards Wine Society. Ashley and Liz host visitors who come to taste our wines and tour the winery and cave. Their true titles should be Directors of Charisma. Winemaker Celia Welch calls the shots, and Jason makes sure everything gets done in a manner that ensures the highest quality and that no details, however small, are overlooked.