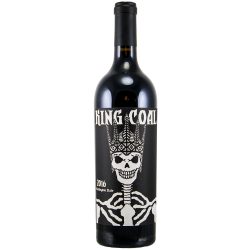 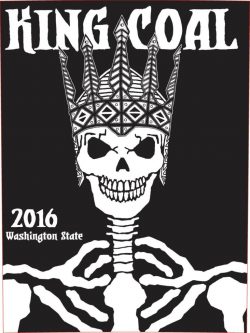 No holding back here. A powerful co-ferment of Cabernet Sauvignon and Syrah. Blackberry, olive, No. 5 perfume, pencil and alpine air rules the nose. Black fruit, cassis, tobacco, nutmeg, seashell and a profound sense of place oozes from this and lights our powerhouse. The King of the Royal Slope.

Always from the Stoneridge Vineyard, the 2016 Cabernet / Syrah King Coal is a ripe, sexy, yet savory effort that has awesome notes of red and black currants, spice box, graphite, and ground herbs. Deep ruby/purple-colored, full-bodied, beautifully layered, and with a blockbuster finish, it’s one of those powerful yet still ethereal wines that gives up tons of richness and depth yet has no sense of heaviness or weight.

Located at the base of the Blue Mountains in Walla Walla Washington, K Vintners opened its doors to the public on December 3rd, 2001. The property at 820 Mill Creek Road where the winery sits was homesteaded in 1853 with the adjacent farmhouse built in 1872. The winery grounds with Titus Creek flowing through the lawn and the old pioneer planted trees, is a little slice of heartland Americana. The Winemaker: He loves to drink wine! Charles Smith, proprietor and winemaker, comes to Walla Walla after 11 years in Scandanavia. Originally from northern California, he has been involved with wine personally and professionally his whole life. And did we forget to mention… he loves to drink wine! The Vineyards: K Vintners is producing wines from 2 distinctive viticultural zones: Wahluke Slope and Walla Walla Valley. Each of these areas are unique and awesome for Syrah and the Field Blends produced. In April ’02 two seperate blocks of vineyards were planted to Syrah adjacent to the winery in the rocky dry creek beds that run through K Vintners property.

Washington has become one of the most important wine producing states in the United States, and development continues to grow rapidly. In 1969, when California was exploding as a wine producer, Washington had only two wineries, but by 2000 that number had passed 100. It’s interesting to note that Washington’s prime wine regions are located at 46° north, along the same latitude as the legendary French wine districts of Bordeaux and Burgundy. During the summer, Washington averages more than two hours more sunlight each day compared to California.