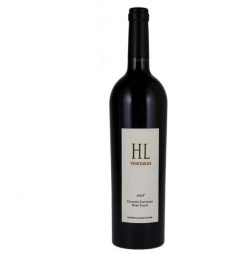 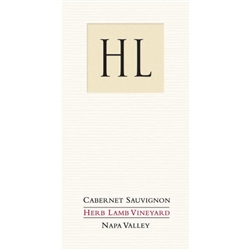 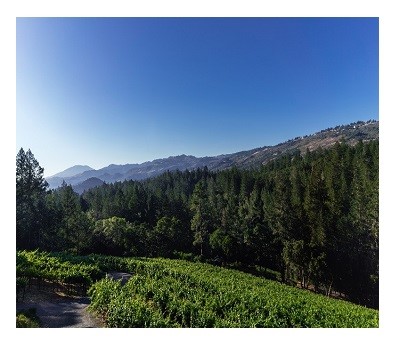 2016 Herb Lamb Vineyards HL Cabernet A barrel sample, The 2016 Cabernet Sauvignon Herb Lamb Vineyard sports a very deep purple-black color and exuberant nose of crushed wild blueberries, red and black cherries and black plums with touches of dried sage, garrigue, tilled soil and chargrill plus a waft of pencil lead. Medium to full-bodied, the palate is vivacious, refreshing and savory, featuring red and black fruits and framed by fine-grained tannins, finishing long and earthy. – 98 Parker’s Wine Advocate A huge array of creme de cassis, blueberries, flowers, and spicy, sandalwood-like characteristics emerge from the 2016 Cabernet Sauvignon Herb Lamb, which has more than a passing resemblance to a great vintage of Chateau Margaux. Showing more tobacco and herbal characteristics with time in the glass, this full-bodied, multi-dimensional, seamless 2016 has everything you could want from a Napa Valley Cabernet Sauvignon. Enjoy it over the coming 20-25+ years. – 99 Jeb Dunnuck Time has been kind to the 2016 Cabernet Sauvignon Herb Lamb, a wine that is positively stellar today. Dark and explosive, with tremendous energy, the 2016 has so much to offer. Beams of tannin give the 2016 a backbone of energy and structure that will allow it to develop nicely in bottle for many years to come. Thomas Brown and his team crafted a striking wine that captures the essence of one of the most singular sites in Napa Valley. – 96 Antonio Galloni, VinousIt seems like only yesterday that we arrived at our seven-acres in the foothills of Howell Mountain in St. Helena with big dreams. The rocky hillside, ranging from 600 to 800 feet in elevation, was cleared and wide terraces were graded in preparation for planting. Our dreams have become a reality — we’ve just recently celebrated 25 years of grape growing in the Napa Valley.

The winemaker is Thomas Rivers Brown who is reigning King of Napa Cabernet. He has made more 100 pts Napa Cabs than anyone else on the planet, we are talking the likes of Schrader, Outpost, Revana and Maybach. He is the hottest winemaker in Napa and the wines he makes have huge demand and collectability.  He has the golden touch with Napa Cabernet, and if you give him a great vintage and great vineyard, the rest is up to him.

The wine is the 2016 Herb Lamb Vineyards “HL” Cabernet and if you are a hardcore Napa Cabernet enthusiast, this is a key buy for 2020.  This wine is from the same vineyard that goes into Colgin’s “Herb Lamb” Cabernet that has received 99pts by Parker and sells for $400 to $600 a bottle.  The winemaking team has referred to this particular vintage of “HL” as one of the greatest they have ever bottled.

The seven-acre Herb Lamb Vineyard (right) is located on the ridge of a small valley facing Howell Mountain, just east of St. Helena in the northern Napa Valley. This valley opens on the west directly towards Calistoga and pulls weather from the North Bay marine climate, offering cooling evening fog and morning breezes.  Michael Trujillo, as Director of Winemaking for Sequoia Grove, was one of the first winemakers to create a wine from the young vines at Herb Lamb Vineyard in 1991. Seeing the great potential of the Lamb’s hillside vineyard, he has been purchasing grapes for his own label, Karl Lawrence, from the Herb Lamb Vineyards ever since.
When Jennifer and Herb Lamb chose to create their own wines with the 1997 vintage, reflecting on Michael’s knowledge of the vineyards and his expert ability to craft a notable wine, he became their first choice to create the HL Vineyards wine.  Michael then hired Thomas Rivers Brown as his consulting winemaker, and almost 20 years later Herb Lamb remains on the top of the must have list for cult Cabernet enthusiasts.