WE93 Wine Enthusiast
From a vineyard just 12 miles inland from the ocean, this bottling shows toasted brioche, preserved lemon, sweet sandalwood and a touch of caramel on the nose. It hits the palate with a riper peachy sweetness, but then tightens into searing, laser-focused acidity rounded by hints of lemon and Gravenstein apple.
One of the most popular and versatile white wine grapes, Chardonnay offers a wide range of flavors and styles depending on where it is grown and how it is made. While it tends to flourish in most environments, Chardonnay from its Burgundian homeland produces some of the most remarkable and longest lived examples. California produces both oaky, buttery styles and leaner, European-inspired wines. Somm Secret—The Burgundian subregion of Chablis, while typically using older oak barrels, produces a bright style similar to the unoaked style. Anyone who doesn’t like oaky Chardonnay would likely enjoy Chablis.
The Fess Parker Winery & Vineyard grew out of Fess’ vision for the promise of Santa Barbara County as a premier viticultural region. Established in 1989, the family immediately began planting some of the county’s most renowned vineyards. Outstanding fruit sources coupled with skilled winemaking are at the core of delivering wines of the highest quality to our consumer. We are proud to boast two Winemaker of the Year recipients – Eli Parker and Blair Fox – focusing on Pinot Noir and Chardonnay, primarily from the Sta. Rita Hills AVA, and estate grown Syrah and Viognier. 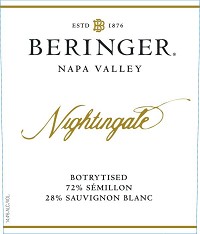