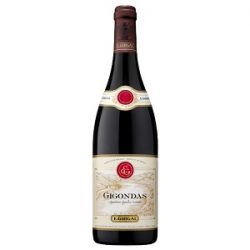 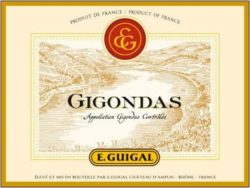 The 2015 E.Guigal Gigondas is remarkable for its elegance. Sourced largely from higher-altitude vineyards, it’s evolved in a red-fruited direction, offering cranberry and cherry notes accented by hints of clove and allspice. Medium to full-bodied, with a creamy mid-palate and silky tannins on the finish, it drinks well now and should continue to do so for at least another 6-7 years. RP91 Robert Parker’s Wine Advocate

The Guigal domain was founded in 1946 by Etienne Guigal in the ancient village of Ampuis, home of the wines of the Côte-Rôtie. In these vineyards that are over 2400 years old, you can still see the small terraced walls characteristic of the Roman period. Etienne Guigal arrived in this region in 1923 at the age of 14. He made wine for over 67 vintages and, at the beginning of his career, participated in the development of the Vidal-Fleury establishment.

Despite his young age, Marcel Guigal took over from his father in 1961 when the latter was victim to a brutal illness rendering him blind. Marcel’s hard work and perseverance enabled the Guigals to buy out Vidal-Fleury in 1984, although the establishment retains its own identity and commercial autonomy. In 2000, the Guigals purchased the Jean-Louis Grippat estate in Saint-Joseph and Hermitage, as well as the Domaine de Vallouit in Côte-Rôtie, Hermitage, Saint-Joseph and Crozes-Hermitage.

The Southern Rhône region of Gigondas extends northwest from the notably jagged wall of mountains called the Dentelles di Montmirail, whose highest point climbs to about 2,600 feet. The region and its wines have much in common with the neighboring Chateauneuf-du-Pape except that the vineyards of Gigondas exist at higher elevation and its soils, comprised mainly of crumbled limestone from the Dentelles, often produce a more dense and robust Grenache-based red wine.