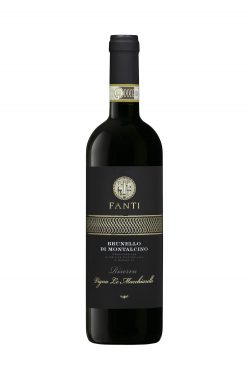 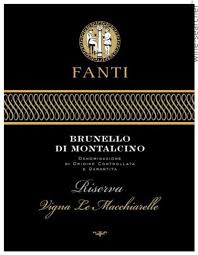 2015 Brunello Di Montalcino Riserva Vigna Le Macchiarelle stands apart from the estate’s other two releases from 2016. This wine shows a heavier center of gravity for sure, with aromas of honey, ripe cherry, blackberry confit and even a touch of dried apricot. Those thicker aromas set in after the more fleeting aromas of crushed limestone and smoke lift and eventually disappear.

Italy is one of the oldest wine-growing countries, the beginnings go back at least to before 1,000 BC. It was at this time that the Etruscans appeared in central Italy, settling areas in the four regions of today’s Abruzzo, Lazio, Tuscany and Umbria. The origins of Italian wine culture lie above all in the Greek colonisation, which brought Greek wine culture to the peninsula, beginning in the 10th century BC on the island of Sicily as well as Campania and Calabria. The Greeks brought many of their grape varieties with them and named the ideal land for viticulture Oinotria (land of vines raised on stakes). The Phoenicians (Punic), who later became the great enemy, also had an influence at this time, establishing bases in Sicily and the Mediterranean. From the 6th century B.C. onwards, a lively trade began with the Celts in Gaul (France), who imported considerable quantities of wine from Upper and Central Italy.

Today Tuscany is considered the centre of Italian quality wine. The share of DOC and DOCG wines is around 45 percent. This is also where the phenomenon of the wines known as Super Tuscans arose, which often challenge the narrow DOC limits and some of them even surpass DOCG wines. These were for example Galestro, Ornellaia and Sassicaia. Tuscany is also the home of the famous holy wine Vin Santo. From the 1990s onwards, the Maremma, a landscape in the south-western part of the region, developed into a new rapidly growing area of hope. Many well-known Italian wineries are investing here in new vineyards