2014 Marquis De Mons Margaux Marquis de Mons is the second wine of the Château La Tour de Mons. It comes from the same terroir and is vinified with as much care as the Grand Vin, and the blend is similar. It uses the younger vines of the estate. Marquis de Mons’ wine style tends towards the research of balance, with supple tannins and good aromatic expression. It is a wine to enjoy whilst young.

The Château La Tour de Mons is a single block vineyard, located in the northern part of the Margaux appellation, on the banks of the Garonne, as the best Médoc Crus. The origin of the château dates back to the 13th century. Amongst its illustrious owners was Pierre de Mons, who acquired the property in 1623 and gave it his name. The estate belonged to his lineage until the end of the 20th century.

Since the 1990’s, the new owners of the château have implemented a major renovation programme: building a new winery and an air conditioned storage cellar, large drainage programme, management of the vineyard in the interest of a sustainable ecological balance. Everything is put together to produce a classic wine, elegant and pure, in the deepest respect for this great land of Margaux.

Chateau Lafite Rothschild is one of only four classified first growths and thus the designation as 1st er Cru. The vintage rankings of the Universal Paris Exposition in 1855 officially gave Lafite the rating as “Leader among fine wines.” While the first known reference to Lafite dates to 1234 with a certain Gombaud de Lafite, abbot of the Vertheuil Monastery north of Pauillac, Lafite’s mention as a medieval fief dates to the 14th century. The name Lafite comes from the Gascon language term “la hite”, which means “hillock”. There were probably already vineyards on the property at the time when the Ségur family organised the vineyard in the 17th century, and Lafite began to earn its reputation as a great winemaking estate. Jacques de Ségur was credited with the planting of the Lafite vineyard in the 1670s and in the early 1680s. 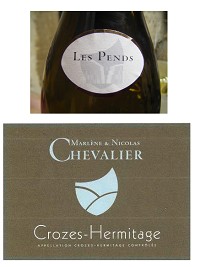