92 Robert Parker: Deep garnet-purple colored, the 2014 Cabernet Sauvignon is scented of baked berries, mulberries and kirsch with hints of espresso, black soil and tree bark. Full, rich and spicy in the mouth with slightly hard, chewy tannins, it finishes long and earthy.

Burgess was established in 1972 by Tom Burgess, a retired Air Force pilot with a particular enthusiasm for Cabernet Sauvignon. However, the story of Burgess is the culmination of over 150 years of Napa Valley History.

Swiss-Italian immigrants from the canton of Ticino were the first to plant vines on the hillsides of Howell Mountain in 1870. The Ponchetta & Rossini families cultivated vines in the traditional way of their homeland; on sheer hillsides with extreme elevations. It was the very same pioneering outlook that inspired Lee Stewart of Souverain Cellars to plant Cabernet Sauvignon on the precipitous slopes of Howell Mountain. Napa Valley greats such as Warren Winiarski of Stag’s Leap Cellars and Mike Grgich of the eponymous Grgich Hills winery cut their teeth at the Estate we now know as Burgess, before starting their own historic wineries.

By 1972, Tom Burgess acquired the estate from Lee Stewart and began cultivating and vinifying mountainside Cabernet Sauvignon with Bill Sorenson as his chief winemaker. Bill went on to hold one of the longest tenured winemaking careers in the Valley with an impressive 41 consecutive harvests. Upon Tom and Bill’s retirement, Tom’s son Steve Burgess undertook the operations with winemaker Kelly Woods.

In 2020 Steve Burgess passed the mantle to Gaylon Lawrence, upholding a 150 year tradition of family ownership. Gaylon entrusted this tremendous legacy to Winemaker, Meghan Zobeck and Estate Director, George Lobjanidze. Meghan and George strive to champion the history of the Napa Valley by preserving historic vineyards with regenerative farming practices that will ensure the health of these vines for generations to come. 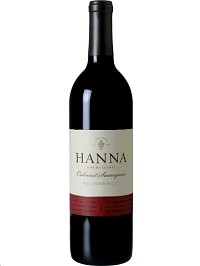