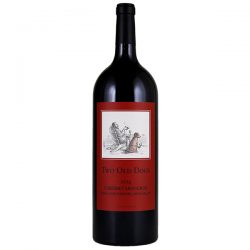 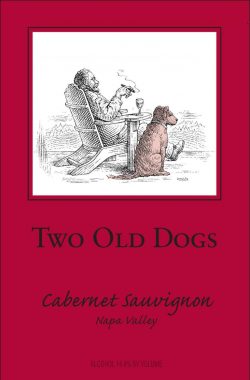 2013 Herb Lamb Two Old Dogs Cabernet Sauvignon: The Cabernet Sauvignon of 2013 from this iconic vineyard site, although similar to the previous great growing season, seems more plush and bolder, in contrast to the more fruit- forward style of the 2012 vintage. “The typical spearmint, menthol character of our later ripening, cooler blocks that make up the Two Old Dogs Wines is almost absent in the 2013 vintage – making this vintage a junior version of the signature HL wines more than any other”, says winemaker Michael Trujillo. “This is a very sophisticated wine, a serious contender with great color, more Baker’s chocolate and dusty cocoa, black currant, licorice and dried cherry. It is lush and round and more layered with great velvety length, making the 2013 Two Old Dogs Cabernet Sauvignon one of the most successful wines to ever come off the cooler blocks of the Herb Lamb Vineyards.” Winemaker 550 cases made. This wine comes from the same Herb Lamb Vineyard that goes into Colgins Herb Lamb Vineyard that sells for $400 to $600 per bottle.

The Wine Maker Michael Trujillo, as Director of Winemaking for Sequoia Grove, was one of the first winemakers to create a wine from the young vines at Herb Lamb Vineyard in 1991. Seeing the great potential of the Lamb’s hillside vineyard, he has been purchasing grapes for his own label, Karl Lawrence, from the Herb Lamb Vineyards ever since.

When Jennifer and Herb Lamb chose to create their own wines with the 1997 vintage, reflecting on Michael’s knowledge of the vineyards and his expert ability to craft a notable wine, he became their first choice to create the HL Vineyards wine.

With the addition of the “Companion” labels, the E II and Two Old Dogs® Sauvignon Blanc and Cabernet Sauvignon, Michael is now director of winemaking for all the Herb Lamb Vineyards brands.