2012 Pastourelle De Clerc Milon Pauillac The wine has a deeper reddish purple color. Concentration on the nose is revealed with great refinement and complexity. Black cherry and vanilla aromas give way to deeper, smoky, peaty notes along with blond tobacco and dried flowers. Refinement is everywhere on the palate as the lush and creamy attack expands over well-integrated tannins to mingle with generous and varied flavors reminiscent of morello cherry and almonds, with a slightly marine cast. The finish, flavorful and fresh with great tension, displays dark chocolate, saline and mineral notes. Blend: 60% Cabernet Sauvignon, 29% Merlot, 9% Cabernet Franc, 1% Petit Verdot, 1% Carmenere.

92 Robert Parker: This is another strong effort from the Mouton Rothschild stable and its excellent administrator Philippe Dhalluin. The 2012 Clerc Milon has an almost blackish-blue opaque color, soft tannins, ripe notes of blackcurrants, licorice and subtle background oak. There is an attractive floral, licorice quality to the fruit. The wine is medium to full-bodied and beautifully pure with ripe tannin. It is soft enough to be approachable in several years and should drink well for 20.

Chateau Clerc Milon, classified as a Fifth Growth in 1855, consists of 79 acres of vines, planted with the typical varieties of the region: 48% Cabernet Sauvignon, 34% Merlot, 14% Cabernet Franc, 3% Petit Verdot and 1% Carmenère. Adjoining two Pauillac First Growths, Lafite and Mouton, the estate had become somewhat neglected when it was bought by Baron Phillipe de Rothschild.

Convinced of the wine’s potential, Baron Philippe considered that Château Clerc Milon deserved a “rightful place” alongside the family’s two other wines, Chateau Mouton Rothschild and Chateau d’Armailhac. He acquired the estate in 1970 and embarked on a meticulous renovation of the vineyard, drawing on the remarkable skills of the technical staff at Mouton, while reconstituting the estate by gradually buying up the parcels dispersed over the years from their countless owners.

Vines were replanted by staff from Chateau Mouton Rothschild, parcels were consolidated and many technical improvements were made, including the building of a new vat room. To renew the wine’s image and identity, he successively illustrated the Château Clerc Milon label with two decorative works by 17th and 18th century German goldsmiths taken from the Museum of Wine in Art at Chateau Mouton Rothschild:  a Jungfraubecher, a silver-gilt marriage cup, until the 1982 vintage, then a pair of dancers made of precious stones. These efforts are now bearing fruit and Chateau Clerc Milon has become one of the most sought-after Médoc wines, displaying a richness and depth comparable with the region’s finest. 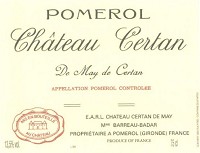 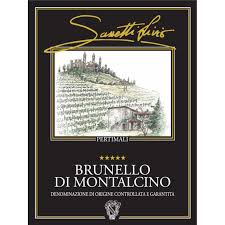