2010 Mastrojanni Brunello Di Montalcino The color of this 2010 wine is deep, clear, ruby red with an intensity that befits the great vintage. The nose opens with ripe fruit and expanding into scents of earth and sweet leaf tobacco. Frank entry, generous mid-palate and an intriguing finish with a persistent savoury flavour.

The wine estate Mastrojanni lies in Castelnuovo dell’Abate, in the south easternmost corner of Montalcino, in the Province of Siena. This is an area with a strong winemaking tradition and the homeland of Brunello. The inactive Mount Amiata lends great character to the Sangivese growing in this estate, as the soils are rich in gravel, clay, limestone and sandstone. The estate stretches over 90 hectares, 25 of which for vines, 14 for Brunello, with vineyards often over 35 years old. The height varies from 150 meters to 420 meters above sea level. The area enjoys exposure to all cardinal points, with more or less steep slopes. The average density is of 5,300 vines per hectare yielding below 5 tons per hectare.

Mastrojanni has been writing history with its wines since 1975, collecting awards from all over the world. Today, thanks to an exceptional terroir and men who have believed in it for decades, Mastrojanni has become one of the most respected Montalcino producers. They believe in what the vineyard can yield, so quantities vary vintage to vintage. If the vintage is poor, Mastrojanni has been known not to produce its Brunello, like in the years 1992 and 2002.

History of Mastrojanni: Andrea Machetti was born 50 years ago and has always lived in Montalcino. He never forgot his rural origins and at the beginning of the ’80s, he first started his studies in agriculture. He first joined the Montadison Chemical Company and in 1983 he was asked to join the staff developing the new enological techniques in the new cellar at Villa Banfi. During this time he met Maurizio Castelli, a famous enologist who was the technical manager at Castiglion del Bosco – a 1200 hectares extended farm- who wanted Andrea Machetti by his side during the take over from Prenatal Company to Taliani family as vice technician and account manager to build the farm up as a winery.

The partnership between Andrea Machetti and Maurizio Castelli was a success and Castelli, who in the mean time became consultant enologist for many wineries in Montalcino. He spoke about Machetti to the Mastrojanni family as the only man capable of managing the great skills of the winery cooperating with one of the sons in the production and sales of wines. So in June 1992 he started this new adventure having the chance to apply all his knowledge and skills with all the love and passion for his territory. His philosophy perfectly fit in with the lawyer Gabriele (founder of the winery) one: “tradition first”, wine comes first from the vineyard and only the maturing happens in the cellar. This is the reason why the Mastrojanni family has left him in charge to manage the vineyards, the cellar and his assistants. Often happened that the wine press would criticize him for his traditional wines but he stuck to his way without being involved with new enological trends, proud of the results recognized by the same press which criticized him.

His greatest goal has been not to introduce barriques into the cellar because he has always stated that Sangiovese has to maintain both its proper features and the ones given by the soil totally integral aging in great capacity botti. In the following years many events such as the death of the founders, the inheritance of the winery (which had in the meantime become a national and international brand) to their sons lead Andrea Machetti to manage the new Mastrojanni winery with the same old love and passion. 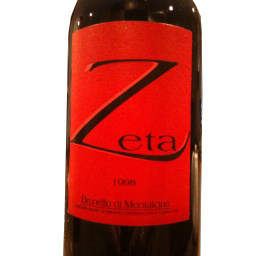 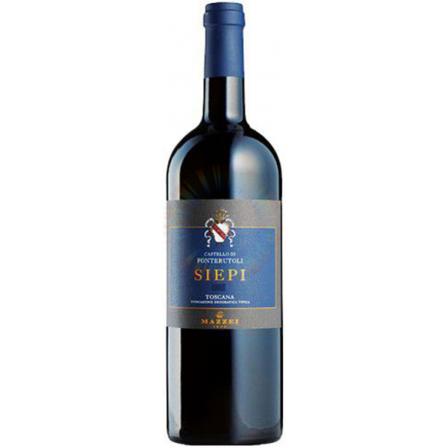