The Bekaa Valley is the heartland of modern Lebanese wine. Almost 90 percent of Lebanon’s wine is made here, as is a respectable proportion of its Arak, the anise-flavored spirit that remains the nation’s favorite alcoholic drink.

The original Bekaa Valley vineyards were planted with Cinsaut, which was subsequently joined by other French vine varieties. Most of these remain in Lebanon’s vinicultural makeup today: red Carignan, Grenache, Syrah, Mourvèdre, Cabernet Sauvignon and Merlot, and white Ugni Blanc, Clairette and Chardonnay.

The oldest winery in the area is Chateau Ksara, which was established by the Jesuit Christians of Taanayel (Tanail), an ancient monastic settlement just down the valley from Ksara. The first vineyard there was planted in 1857, with plants brought from France via the colonies in Algeria.

At that time Lebanon was ruled by the Ottoman Empire, whose Sharia law condemned the production or consumption of wine except for religious purposes. Thus the initial winery was very subdued, and it was not until the French took control of the country after WW1 (under the League of Nations’ French Mandate for Syria and Lebanon) that Bekaa Valley wine production began to expand.

Chateau Musar, founded in 1930, is another long-established estate in the valley and the most famous in global terms. A 1979 write-up in Decanter magazine by Michael Broadbent helped to open up export markets. By 1990, the vast majority of their production left the country.

This year marked the end of the Lebanese Civil War, which had lasted since 1975. As well as causing around 120,000 fatalies, around one million people left the country – the domestic market for wine was of course decimated.

With the end of the conflict, the Bekaa Valley and wider Lebanese wine industry could at least begin to work towards modernization and expressing its full potential. However the country has since then had to cope with further challenges such as the spill-over of the Syrian War, the explosion at the port of Beirut and ongoing civil protests and economic crisis. 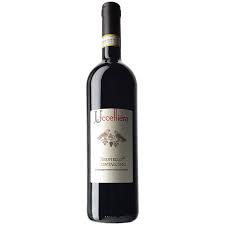